As pandemic pounded Peru, one region thrived on coffee, carbon

Across Peru, the COVID-19 pandemic has left millions without jobs — battering the economy, draining public coffers and buffeting high-grossing industries, from mining to tourism.

But in the Alto Mayo Protected Forest, where the Amazon meets the Andes, coffee farmers were spared much of the economic devastation that gripped Peru’s cities and towns.

In fact, farmers in the remote forest had a banner year, exporting 336 tons of organic and fair-trade coffee to Europe, New Zealand and the United States in 2020 — fully one-third more than the previous year.

“We never stopped working, even with all the disruptions,” said Gricerio Carrasco, a leader of the 460-member Cooperative of Producers of the Alto Mayo Forest (COOPBAM). “There were orders to fill, and we didn’t want to disappoint our buyers.”

Carrasco and other farmers were buoyed by a longstanding United Nations-backed program known as REDD+, which offers financial incentives for communities, regions and countries to keep forests intact and prevent climate-warming carbon emissions caused by deforestation. 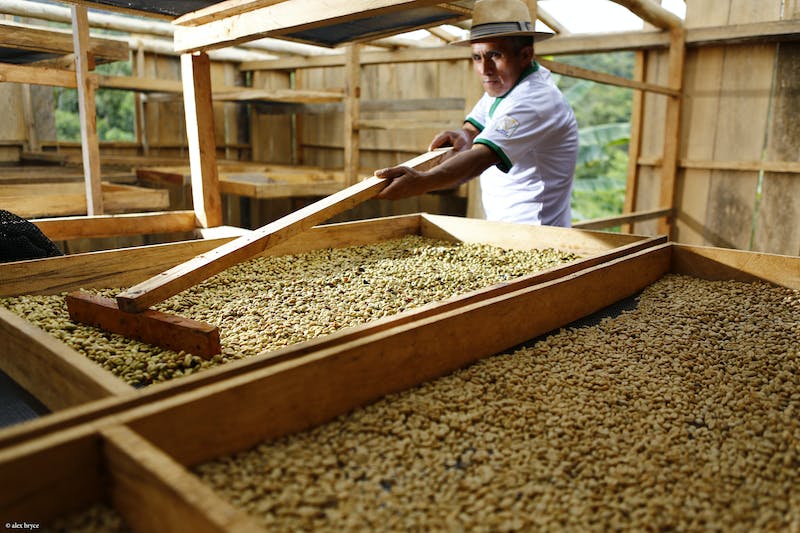 Members of the Cooperative of Producers of the Alto Mayo Forest (COOPBAM) commit to zero net deforestation. (© Alex Bryce)

Supported by Conservation International, in partnership with local communities and the Peruvian government, the Alto Mayo REDD+ initiative uses proceeds from the sale of carbon credits to finance voluntary conservation agreements. The pacts aim to galvanize community support. They provide coffee growers living in the protected forest with agricultural training, financial skills and access to specialty-grade coffee markets. In exchange, the farmers commit to zero net deforestation.

During the pandemic, funds from the carbon credits provided a lifeline for conservation — and the families who live in the forest.

“Situations like Covid highlight the importance of this type of financing mechanism,” said Conservation International’s Braulio Andrade, who has managed the Alto Mayo REDD+ project for the past decade.

“The carbon credits provide financial stability, which allows families in this area to be much more resilient,” he added. “Without this support, people might have had to turn to illicit activities, like selling rare forest plants or orchids, as they did in other areas.”

Stopping the cycle of deforestation

Located in the San Martín region of Peru, the Alto Mayo Protected Forest spans 182,000 hectares (450,000 acres) — an area twice the size of New York City. The tropical forest is home to endangered animals and plants, and protects streams that supply water to 265,000 people in the Alto Mayo basin. 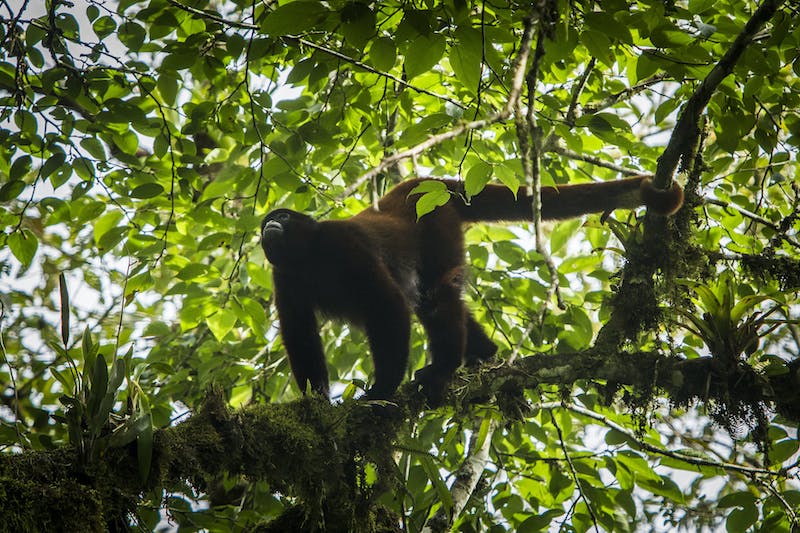 Despite its protected status, the forest saw some of the highest deforestation rates in Peru, due largely to agricultural encroachment, unsustainable coffee farms and illegal logging.

In 2012, the REDD+ project in the Alto Mayo Protected Forest was successfully validated under the Verified Carbon Standard and Climate, Community and Biodiversity Standards through an independent audit. Over the past nine years, the project has generated US$ 38 million, channeling funds from carbon credits purchased by wealthy countries and corporate backers directly into this northern pocket of Peru.

“About 99.9 percent of the costs for managing this protected area come from REDD+,” Andrade said. “That’s everything from employing technical experts and social workers, who support the conservation agreements, to paying forest rangers’ salaries and buying the gasoline that powers their vehicles.”

As of June 2020, the project had helped cut deforestation in the protected area by more than half, avoiding 8.4 million metric tons of greenhouse gas emissions — the equivalent of taking 150,000 cars off the road each year.

Moreover, the sale of carbon credits supports the livelihoods of 1,100 families who have signed on to the conservation agreements. Through agriculture training programs, farmers have boosted coffee yields on land that was already cleared of trees, increasing their productivity — not their environmental footprint.

“Before, we planted coffee any which way we could. And we didn’t know how to commercialize it,” Carrasco said. “Now we’re sustainably producing high-quality beans that command a good price.” 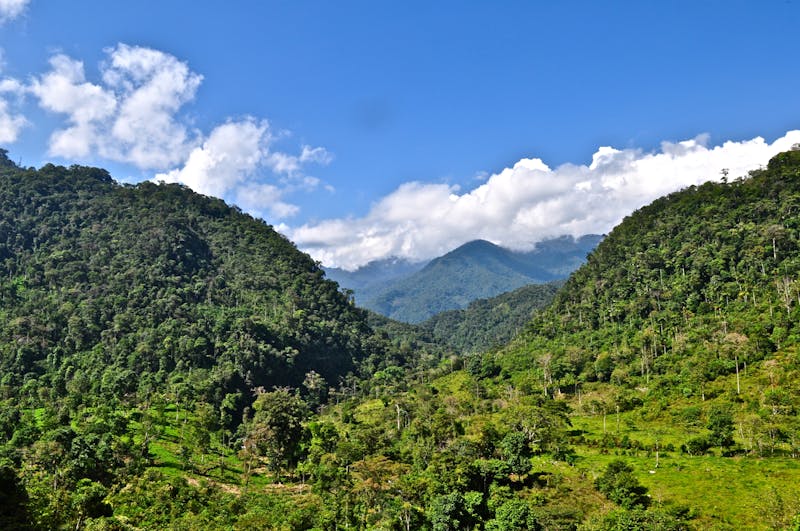 The conservation agreement model pioneered by Conservation International in Alto Mayo has been so successful that the Peruvian government implemented similar agreements in 35 other protected areas and recently incorporated them as a management tool within its system of national protected areas.

“The aim is to consolidate communities’ support for protected areas and help local families reap the benefits that conservation can provide,” said Marco Arenas, head of stakeholder engagement for Peru’s National Service of Natural Protected Areas. “Over the past decade, conservation agreements have been the key to success in the Alto Mayo Protected Forest. We are looking to build on that success by putting similar agreements in place in other critical ecosystems around the country.”

‘It’s as though we were reborn’

For Carrasco, the skills gained by engaging in Alto Mayo’s conservation have been life changing. The oldest of 10 siblings, he never had the opportunity to pursue higher education. But increasing coffee sales through the cooperative meant he was able to provide an education for his 20-year-old son, who graduated from college with a degree in environmental engineering.

On their farm, Carrasco and his family have diversified their crops to include yucca and plantains, ensuring steady income between coffee harvests. And now, the REDD+ project has engaged with a Peruvian company to buy dragon fruit from local farmers. Carrasco recently planted half a hectare of the local varietal, which fetches a good price. His latest enterprise is beekeeping, which he began with technical support and a few hives funded by REDD+ proceeds. As word of his honey has spread in the community, Carrasco has started selling to his neighbors, a few jars at a time.

“I feel proud of what I’ve accomplished here,” Carrasco said. “When we first arrived in Alto Mayo, we didn’t know what a protected area was or how to take care of it. With time, the conservation agreements have opened many doors for us. It’s as though we were reborn.”