The pandemic took lives. In many places, it also took livelihoods.

COVID-19 lockdowns and travel restrictions cratered ecotourism in Africa in 2020, depriving local communities of life-sustaining revenues. As a result, poaching surged across the continent — driven by desperation for food and income, or by profit, and exacerbated by weakened enforcement efforts, experts have said.

However, the people of Chyulu Hills in southeast Kenya — said to be the inspiration for Ernest Hemingway’s “Green Hills of Africa” — were able to tell a different story.

Even as the pandemic spread across Africa last year, local governments and communities in this region generated enough revenue to hire additional rangers to crack down on poaching — and made a number of other investments in their own long-term food security, health and well-being.

How? By protecting and restoring forests.

The Chyulu Hills region, which provides water for nearby communities, livestock and wildlife, has seen deforestation driven largely by slash-and-burn agriculture and charcoal burning for fuelwood. For the past seven years, local communities, the Maasai Wilderness Conservation Trust (MWCT), the private sector and other partners have teamed up with Conservation International to protect and restore the forests and grasslands of this critical landscape. 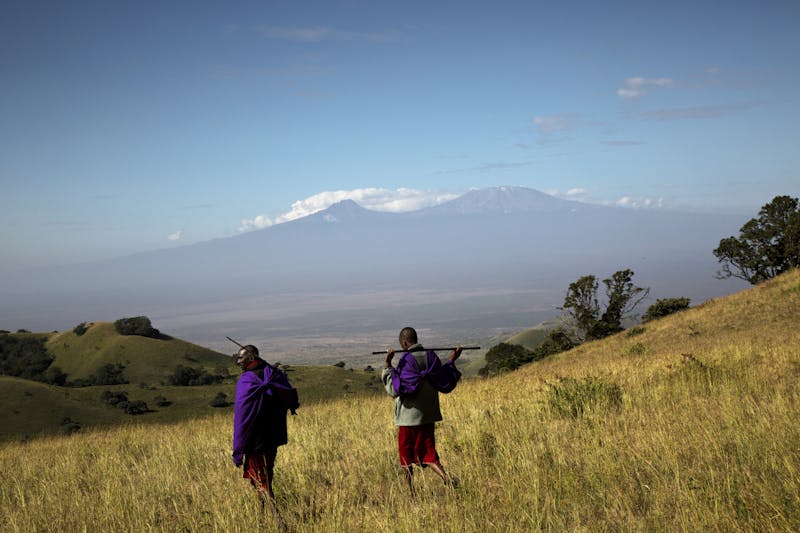 Muli and Matasha, Maasai guides who work with the Maasai Wilderness Conservation Trust, make their way down from the cloud forest atop of the Chyulu Hills with Mount Kilimanjaro. (© Charlie Shoemaker)

In 2017, the Chyulu Hills region became verified as a REDD+ project —  a United Nations-backed initiative that provides financial incentives for communities, regions and countries to keep forests intact, thereby preventing carbon emissions caused by deforestation. Revenues for the project come from the sale of carbon credits, which represent a reduction in greenhouse gas emissions that countries, companies or individuals can purchase to compensate for emissions made somewhere else.

Since its creation, the Chyulu Hills REDD+ project has helped conserve and restore 404,000 hectares (1 million acres) of land, protecting iconic species such as elephants and rhinos and preventing the release of around 37 million metric tons of carbon emissions. It has also helped stimulate local economies; the sale of carbon credits generated more than US$ 3 million in 2020 alone.

According to Andrey Arutyunyan, a REDD+ manager for MWCT, this steady stream of income from the sale of carbon credits — both before and during the pandemic — has been “transformational” for local communities, including Indigenous Maasai pastoralists and Kamba agriculturalists.

“In the past, NGOs or other organizations have often come in and tried to tell communities what they need,” he said.

“The Chyulu Hills REDD+ project is different. The communities are making the final decisions on how profits from carbon credits are used based on their priorities. The impacts have been life-changing.”

To provide for their families, many people living in Chyulu Hills historically turned to destructive practices like slash-and-burn farming and poaching.

“We have worked with communities in both the eastern and western regions of Chyulu Hills to help them set up their own beekeeping farms,” said Wilbur Mutua, who runs the beekeeping program for MWCT. “These farms produce honey that people can either sell, apply for medicinal purposes or use to put food on the table for their families. Around here, with honey available, you know you are not going to sleep on an empty stomach.” 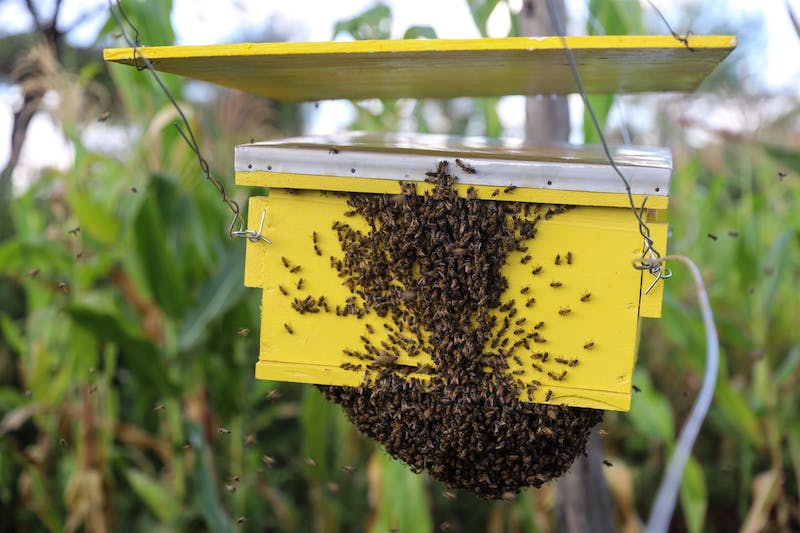 So far, the Chyulu Hills REDD+ project has helped establish more than 630 beehives across the region. Along with providing jobs for community members — particularly women, who have historically lacked job opportunities in this region — the increase in pollinators has also helped boost crop growth in farms and support restoration in the surrounding savannas and forests.

An added bonus? The bees help reduce conflicts between humans and elephants across Chyulu Hills.

“Elephants aren’t big fans of bees, so setting up beehives along fences around a farm or house keeps elephants away without harming them,” Mutua said.

Getting ‘schooled’ on conservation

Before the REDD+ project began, these were the conditions many children in Chyulu Hills endured if they wanted an education, explained Charity Lanoi Meitekini, the team leader of the livelihoods program at MWCT, which helps women in the region find jobs and gain financial independence.

“Most of the schools were densely overpopulated, with students outnumbering teachers by 50 to one,” she added. “Without enough funding, schools were simply not able to support the number of children who were eager to learn.”

To address these gaps, part of the revenue generated from the sale of REDD+ carbon credits has been funneled directly into improving education for the children of Chyulu Hills. Over the past two years, the program has funded the salaries of seven new teachers — along with a new cook, community health worker and four new cleaners. Additionally, funding has helped to renovate multiple schools and build new latrines. 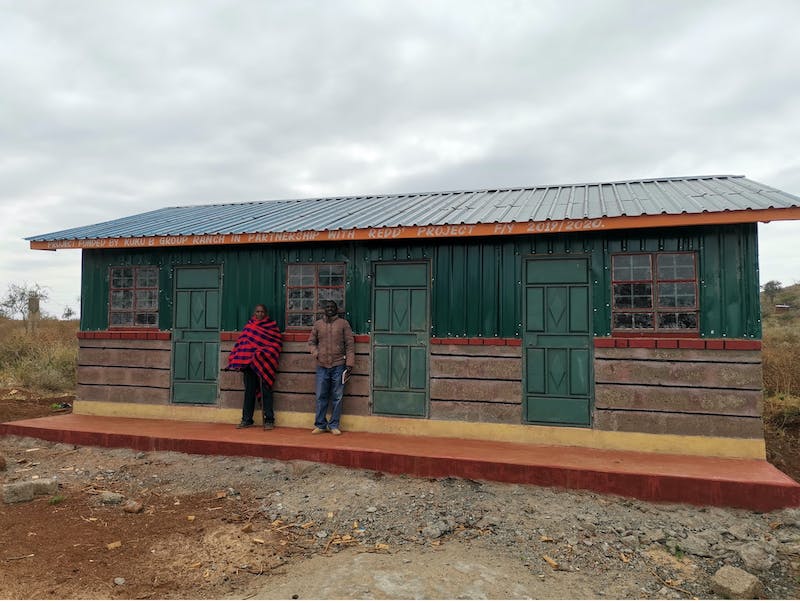 For the families who were unable to afford school fees, the program has supported full or partial scholarships for more than 400 children across the region.

“All of these efforts were high priorities for the communities,” Meitekini explained. “With access to education, students are more likely to achieve their goals.”

And learning hasn’t been limited to schools. Community outreach programs and radio broadcasts funded by the REDD+ program have helped educate local communities on the importance of protecting nature — for people and the climate.

“REDD+ has helped equip local communities with the tools they need to protect nature. It offers alternative livelihoods that do not involve the destruction of forests and helps prepare our youth for the future,” Arutyunyan said.

“The benefits of this project — particularly during the pandemic — show that if you take care of nature, then nature will take care of you.”