What on Earth is ‘climate adaptation’?

Editor’s note: From “blue carbon” to “ecosystem services,” environmental jargon is everywhere these days. Conservation International looks to make sense of it in an occasional explainer series we’re calling “What on Earth?"

In this installment, we explore “climate adaptation” and some of the ways communities are responding to intensifying climate impacts.

What is ‘climate adaptation’?

It’s how communities and nations are adjusting to the many ways in which climate change is altering our lives.

Wait — shouldn’t we focus our time and energy on ending climate change rather than adapting to it?

You have a point; there is still time to prevent runaway climate change by drastically cutting carbon emissions. But millions of people around the world are already suffering the effects of a rapidly warming planet. Just look at the headlines: devastating hurricanes in the United States, enduring droughts from China to Europe, and record-breaking heat waves in the United Kingdom. Research shows that warming temperatures caused by climate change are even fueling locust outbreaks from Kenya to Pakistan and India.

Climate change has become the single largest health threat facing humanity — we need to start adapting. Let’s bring in an expert in to explain.

“Climate change isn’t a next decade problem — it’s happening right now,” said Giacomo Fedele, who leads Conservation International’s climate adaptation work. “Some of the most vulnerable people around the world are struggling to survive — including poor communities, ethnic minorities, migrants and displaced people.

Not quite, but it is a serious problem for many people, especially in developing countries. Let’s take the tropics where a Conservation International study found that 1.2 billion people are highly dependent on nature for their survival. Many of these communities are the least to blame for climate change but face the greatest risks because they rely so heavily on natural resources for their livelihoods, housing materials and other basic needs.

“As climate change degrades nature, these communities are left with fewer and fewer resources to live off of,” said Fedele, who led the study. “While global warming is a world-wide phenomenon, its impacts are felt unevenly across communities and countries.”

For example, Pacific Island nations like Palau and Fiji — which are collectively responsible for less than 1 percent of global emissions — already face some of the most severe impacts of climate change. Ocean warming is causing tuna to move outside the jurisdictions of these islands. Already, they have seen a steep decline in tuna catches. If this trend continues, it could add up to $140 million in losses each year by 2050 — costing some Pacific governments up to 17 percent of their annual revenues, according to Conservation International research. 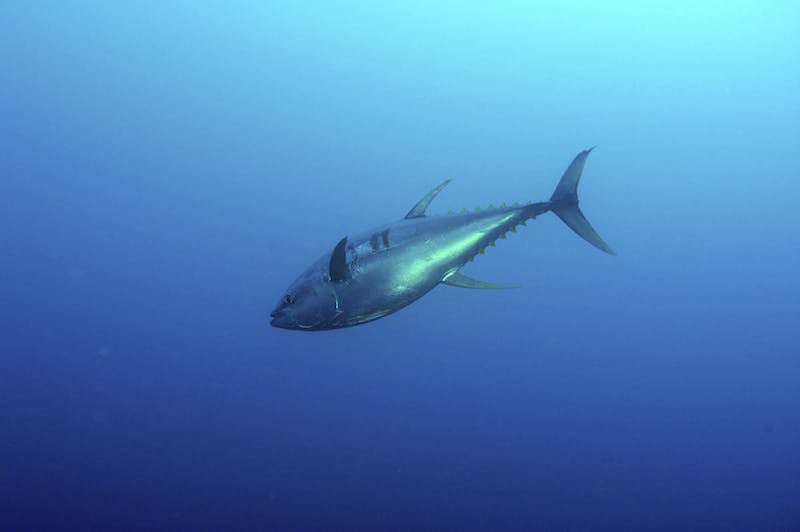 You’ve officially convinced me that it’s time to fight climate change and adapt to it. Now how do we do that?

There are many ways to adapt to climate impacts; they vary based on geographic, socioeconomic, cultural or political conditions. Some fixes involve creating infrastructure, like seawalls and raised homes, that help flood- prone areas become resilient to climate change. Or developing technology, such as early warning systems that can alert communities to cyclones so they can evacuate. Or planting drought-resistant crops.

There’s no one-size-fits-all approach to climate adaptation. But across the board, nature is one of our greatest — and often overlooked — allies.

Wait, didn’t you just tell me that people who rely on nature are the most vulnerable to climate impacts?

Yes, but many communities are using nature sustainably to adapt to climate impacts like flooding, droughts and more.

Give me an example.

Sure — let’s take the municipality of Concepcion in the central Philippines. In 2013, a devastating typhoon hit the region, destroying homes and taking more than 6,000 lives.

To help communities fortify themselves against rising seas and future storms, Conservation International worked with the Philippine government and partners on a hybrid approach that combines mangrove restoration with conventional engineering — such as breakwaters or seawalls — to manage floods, protect coastlines and control erosion. This approach, known as “green-gray” infrastructure, works with nature, not against it. Mangroves are used as a first line of defense in tandem with built structures.

“As a community, we were not ready for climate emergencies,” said Vivian Amasan, a member of the local Bagongon Fisherfolks Association. “The green-gray approach is preparing us to face the challenges climate change will bring.” 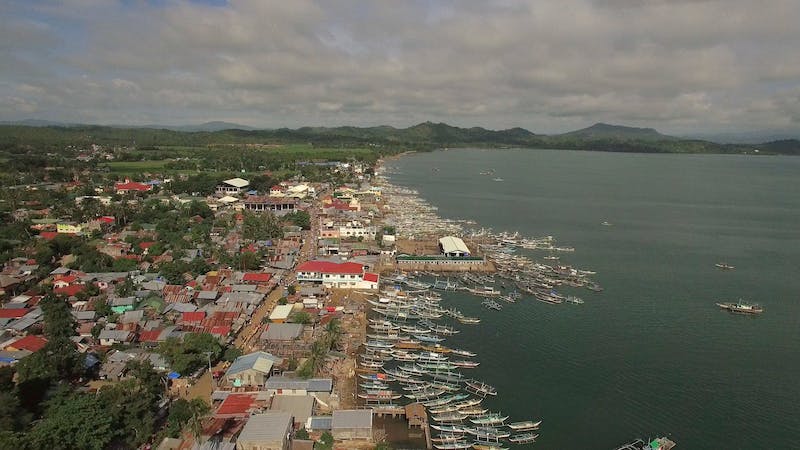 Fishing town of Concepcion, Iloilo in the Philippines, 2016. © Conservation International/photo by Tim Noviello

Mangroves create a natural buffer against rising seas or storm surge. Globally, they provide coastal communities with an estimated US$ 82 billion in flood risk prevention each year. As a bonus, a single square mile of mangroves can stash away as much climate-warming carbon as the annual emissions of 90,000 cars — helping communities adapt to the climate crisis while fighting it.

To help fund mangrove restoration, Conservation International is tapping into blue carbon credits — that is, verifiable emissions reductions tied to carbon stored in marine ecosystems. On Colombia’s Caribbean coast, a project spanning 11,000 hectares (27,000 acres) of mangroves is the first to fully measure — and monetize — blue carbon. The first batch of credits sold out this year, with the vast majority of revenues — 92 percent — invested in the region’s conservation management plan to protect mangroves and support the livelihoods of 12,000 people who rely on them.

“Among the many solutions nature offers to confront climate change, mangroves are a standout,” said María Claudia Díazgranados, director of Conservation International’s blue carbon project. “They provide a protective barrier for coastal communities, lock away large amounts of carbon and can generate long-term revenues for communities via carbon credits — a triple win.” 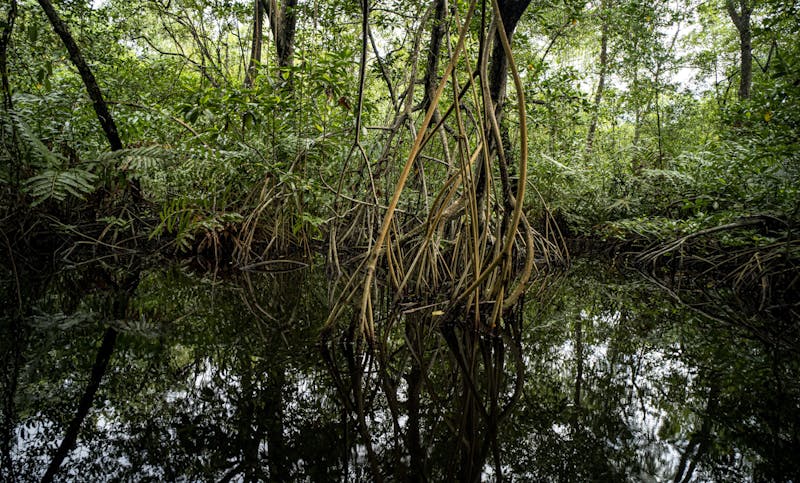 Is it just mangroves that can help?

No — there are many ways that nature can help people adapt to climate impacts: Coral reefs, salt marshes and seagrasses all play a role in absorbing and storing carbon while acting as natural barriers against storm surge. Forests can help regulate waterflows to prevent droughts, provide shade during heatwaves and protect against landslides. Restoring floodplains to accommodate heavy rains can keep communities safe from flooding.

But if climate change continues to accelerate, more radical approaches to climate adaptation will be required.

Rather than implementing temporary fixes like seawalls, communities might need to make transformative shifts — that is, more fundamental changes that address the root causes of vulnerability to climate impacts.

“Climate change is already affecting everybody’s life somehow, and we need to change the way we behave,” said Fedele, who led a study exploring how governments can make transformative changes. “We have been taking steps to reduce our vulnerabilities, but they’re mostly reactive. Now is the time to be proactive.”

Consider an area that experiences a flood exacerbated by climate breakdown. The flood-stricken community might borrow money to repair homes and replant crops — but that might not be enough to weather future floods.

That sounds incredibly difficult. What can governments do to help?

Developed countries have a major role to play in helping developing nations deal with the impacts of climate change like rising sea levels and extreme weather. They must ensure those nations receive more technical and financial support to implement robust national adaptation plans that harness nature’s ability to reduce climate risks. In fact, when the Paris Agreement was signed seven years ago, countries pledged to raise US$ 100 billion a year to subsidize climate adaptation.

That’s a step in the right direction.

Yes, but the money has fallen far short of what was promised and developing countries are struggling to adapt to the climate impacts fueled by wealthier nations.

“Wealthy nations need to step up and make good on past promises to scale up funding for climate adaptation in developing countries, especially for Indigenous peoples and local communities, who know how to work with nature to reduce climate vulnerabilities,” Fedele said. “These investments have the potential to help make developing nations more climate resilient and reduce their reliance on carbon-intensive industries such as coal mining and oil.”

This year, at the climate conference in Sharm el-Sheikh, Egypt, the focus will be on delivering climate adaptation actions, including the need for new financial resources and arrangements to help developing countries adapt to the already unavoidable impacts of climate change. Countries will also discuss what a global goal on adaptation could look like.

“We don’t have any more time to waste when it comes to getting climate adaptation right,” Fedele said. “This doesn’t mean we are giving up the fight to end climate change. Quite the opposite; it means that we are making sure the people on the front lines of this fight are equipped with the resources they need to thrive.”

Mary Kate McCoy is a staff writer and Kiley Price is a former staff writer at Conservation International. Want to read more stories like this? Sign up for email updates. Also, please consider supporting our critical work.