Nestled in the Andes, the forests of Bolivia’s Zongo Valley are shrouded in pillowy clouds more than 3,000 meters (10,000 feet) above sea level.

But for a team of researchers who hiked for two weeks through the valley’s rugged terrain, the mist and fog could no longer hide the treasures within.

In the heart of the cloud forest, they discovered 20 species new to science, and rediscovered several species that had not been seen for decades.

Co-led by biologist Trond Larsen, the expedition was part of Conservation International’s Rapid Assessment Program, which assembles “ecological SWAT teams” to assess the health of ecosystems around the world in a fraction of the time it can typically take.

Question: Can you walk us through exactly what you found in the Zongo Valley?

Trond Larsen (TL): Overall, we identified a total of 1,204 species in the Zongo Valley, 20 of which were completely new to science. The diversity in each taxonomic group was exceptionally high for this level of sampling in this part of the world. The new species included the mountain fer-de-lance viper, the Bolivian flag snake and the lilliputian frog, as well as four orchid and four butterfly species. One of our most exciting findings was actually the rediscovery of Oreobates zongoensis — a “devil-eyed” frog, which has only ever been spotted once and was thought to be extinct.

Eduardo Forno (EF): We also identified a butterfly that had not been seen for nearly a century. As a child, I visited the valley many times while traveling with my father, who was an amateur naturalist and butterfly collector — so this was a particularly exciting finding for me. 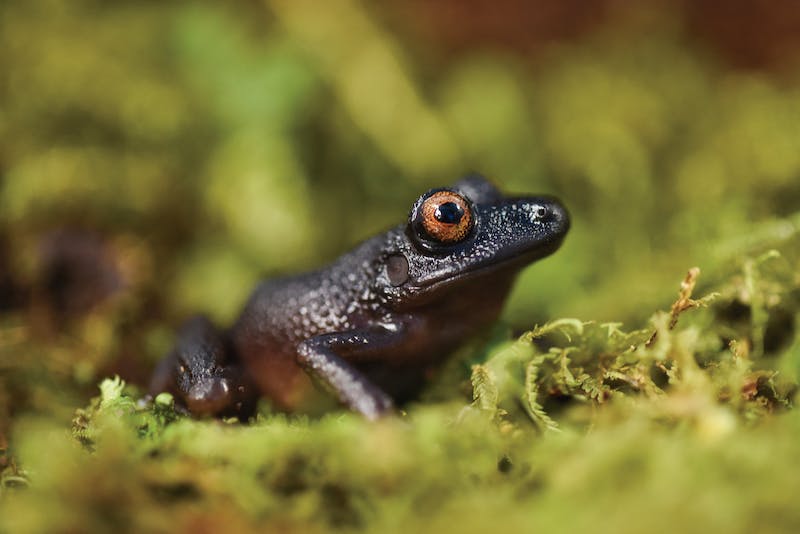 The “devil-eyed” frog (Oreobates zongoensis), which was previously known only from a single individual observed more than 20 years ago in the Zongo Valley, was rediscovered on the Zongo RAP expedition in Bolivia. (© Steffen Reichle)

Q: Were you surprised by the number of species living in the valley?

TL: Absolutely — it’s not every day you discover 20 new species in a two-week period. One of the things that surprised me the most was how close the valley is to La Paz, one of Bolivia’s largest cities. Imagine a bustling urban center filled with people just 50 kilometers (31 miles) away from an untouched valley overflowing with biodiversity. Not only does the Zongo Valley support a wealth of species, it also provides a critical source of hydropower for La Paz. This illustrates that many things people depend on for their survival are connected to nature. If we conserve the valley’s forests, that will limit erosion and prevent sediment from running off into the drinking water – or jamming hydropower dams that deliver electricity. Ultimately, the mission of our rapid assessments is to discover, understand and protect biodiversity, while also protecting livelihoods and human well-being.

EF: Having grown up in La Paz, I was not as surprised by the wealth of biodiversity that the team documented inside the Zongo Valley. Bolivia is often seen as a dry high plateau filled with llamas, potatoes and traditional customs. But more than 80 percent of Bolivia lies within the Amazon basin, and this vast area, including the Zongo Valley, is filled with unique wildlife and plant species. 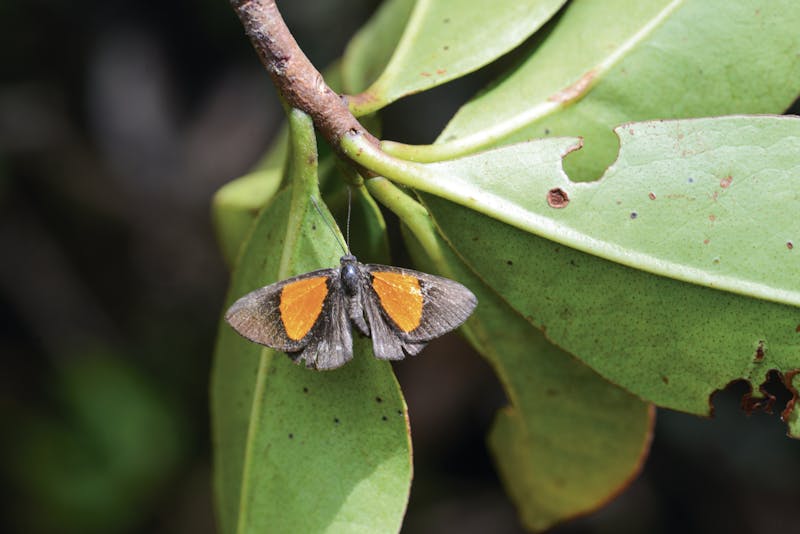 Q: How was the journey itself?

TL: If I had to sum it up in one word: wet. Since we visited during the rainy season, it was pouring at almost all hours of the night and day. But braving the rain was worth it to see the views and wildlife spread across the rugged terrain, misty cloud forests and cascading waterfalls of the Zongo. One of the valley’s most interesting characteristics is the variety of species, which changes with elevation. By hiking up the mountain for just 30 minutes, you can find a completely different set of species. Our goal was to cover as much ground as possible in order to document the area’s rich biodiversity. Over the course of the two weeks, we made our way across more than 3,000 meters (2 miles) of elevation.

EF: Though grueling at times, the journey was astounding. It was amazing how a team of 17 Bolivian and international scientists catalogued the biodiversity in a place that I had visited so many times during my youth. It took roughly four hours to hike up into the pristine cloud forest, and every step felt like walking in snow because the ground was covered with dead leaves that provide shelter for a variety of species — from small frogs to colorful insects. The fantastic team also saw many mammals, including night monkeys and threatened dwarf brocket deer. Other than hiking, the daily schedule consisted of taking observations, collecting and analyzing samples, and setting up camp. This expedition would not have been possible without the guidance and support of members of the Huaylipaya community in the Zongo Valley. 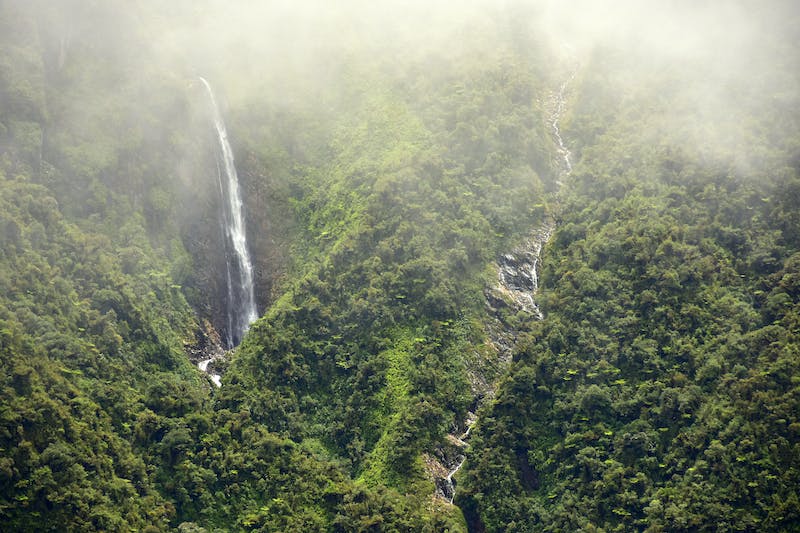 The Andean mountains of the Zongo Valley in Bolivia where the RAP expedition took place are steep and rugged, with numerous waterfalls and cascades. (© Trond Larsen)

Q: Are there any threats facing the Zongo Valley?

EF: Anytime humans depend on an ecosystem for valuable resources and livelihoods — in this case, water and agriculture — there is a risk that it will be overexploited. Currently, some of the biggest threats facing the Zongo Valley are the fires that are set to clear land for small-scale farming, which provides food and income for the rural communities in the area. This has the potential to destroy wildlife habitats and disrupt water sources.

TL: Exactly, and our goal is to protect this land while it is still relatively pristine. The remarkable discovery of new species and rediscovery of species once thought extinct illustrates just how important it is to continue to sustainably develop La Paz in a way that protects and conserves the nature that surrounds it. This area has become a safe haven for amphibians, butterflies and plants that haven’t been found anywhere else on earth. We owe it to future generations to keep it that way.

EF: We are working with the municipality of La Paz and rural communities to use the results from our rapid assessment to strike a balance between protection and production in the Zongo Valley. The plan is to help show the government and local communities the importance of the biodiversity in their own backyard — not only for their livelihoods, but for the entire planet. 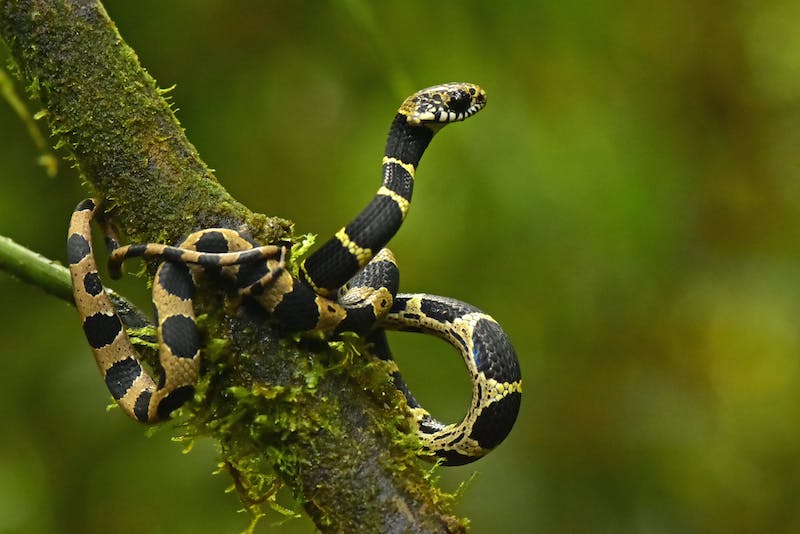 A snake (Dipsas cf. catesbyi) found on the Zongo RAP expedition in Bolivia is specialized to feed on snails and slugs. (© Trond Larsen)

TL: Conservation is all about setting priorities. We have to understand the ecological and social values of different places in order to allocate resources that maximize conservation effectiveness. Our assessment indicates the Zongo Valley is a truly valuable and diverse landscape, so it really does merit a high priority for conservation. Currently, we are in the process of working with the local people to develop conservation agreements, which will help compensate communities for their conservation efforts. The ultimate goal of this project is to help the people of La Paz create a municipal conservation area in the Zongo Valley, which will ensure the ecosystem — and the services it provides — are protected for the well-being of local communities and the country at large.

The Zongo Valley expedition was supported by the National Museum of Natural History of Bolivia, the Bolivian National Herbarium, the Andes Amazon Fund, the Global Conservation Fund and the Municipal Government of La Paz. The complete list of scientists and institutions that supported and participated in the expedition can be found here.