In the high seas, scientists uncover a ‘vortex of life’

On the surface, the international waters off the coasts of Peru and Chile are a seemingly barren expanse.

But beneath the waves, two underwater mountain chains — known as the Salas y Gómez and Nazca ridges — are bursting with life.

The scientists’ survey identified more than 120 unique species — from sea sponges to sharks — many of which are extremely fragile and live only in this remote region.

“The Salas y Gómez and Nazca ridges are some of the most unique and biodiverse ocean areas on the planet — and an extremely high priority for protection,” Wagner said. 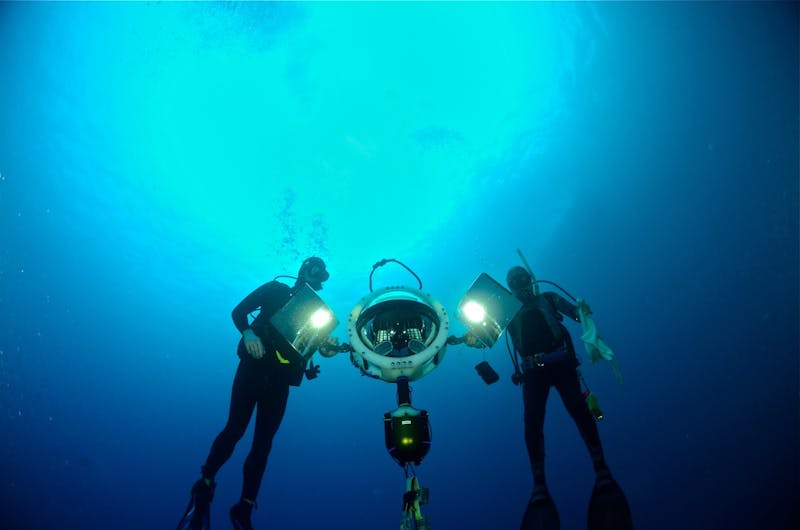 ‘A vortex of life’

The Salas y Gómez and Nazca ridges lie at the center of rotating currents, which carry cold waters from the south and warm waters from the north, creating what Wagner calls “a vortex of life.”

“Due to the currents around these underwater mountains, the species that live there are extremely isolated,” Wagner said. “Just like plants and animals on a remote island, they have evolved in unique ways, becoming highly specialized to thrive in this region alone.”

Wagner’s study identified 58 invertebrates and 65 fish species, including the neon-colored damselfish, the red splodge fish and the deep-dwelling moray eel, which are each found only in the waters surrounding these ridges. 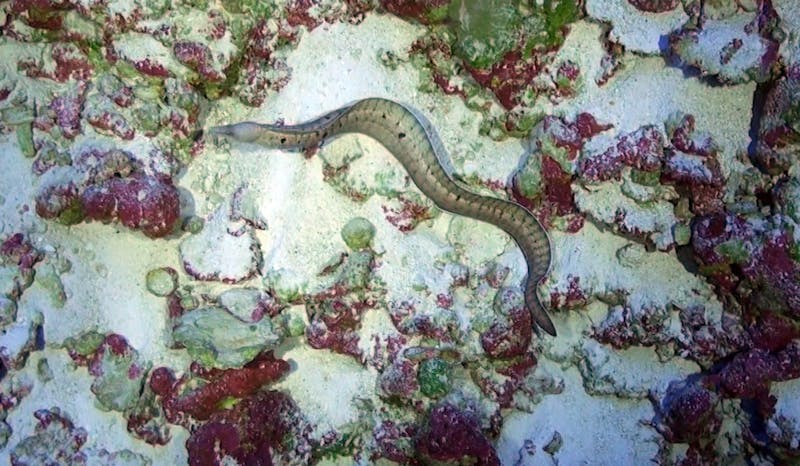 Unfortunately, the currents that help make this ecosystem so unique could also be threatening it; large amounts of plastic are pulled from around the world into this region each year.

“Even though this region is more than 1,100 kilometers (700 miles) from any major city, plastic waste travels and accumulates in massive piles on the water’s surface — similar to the infamous ‘Great Pacific Garbage Patch’ between Hawaii and California,” Wagner said. “Many fish and seabirds confuse the plastic for food and ingest it, causing severe gastrointestinal issues and sometimes death.”

According to Wagner, the remoteness of Salas y Gómez and Nazca ridges has sheltered them from many human impacts, but two threats loom on the horizon: deep-sea mining and overfishing.

“Precious metals such as manganese, nickel and copper, as well as rare minerals, can be found on the deep seafloor of these ridges — and many mining companies are eager to start exploiting these resources,” he said.

“Deep-sea mining and destructive fishing practices such as bottom trawling would decimate this fragile ecosystem. Both activities require large machines or nets to scrape the seafloor, killing fish, coral and other creatures in their wake.”

While a portion of the Salas y Gómez and Nazca ridges are within the national waters of Chile and Peru, more than 70 percent of these underwater mountains lie in the high seas — the waters outside of national jurisdiction.

So who, then, is responsible for protecting these international waters? According to Wagner, there is no simple answer.

“There are organizations that regulate fishing, shipping and mining on the high seas, but when it comes to conservation no one is really in charge at the moment,” he said. “This piecemeal approach makes management less effective. It is going to take collective action from governments, the private sector and international governing bodies to protect an area of this size and importance.”

Currently, negotiations are underway at the United Nations for a treaty to allow countries to establish marine protected areas on the high seas. If the treaty is approved, the Salas y Gómez and Nazca ridges could be among its first candidates for protection.

A recent report co-authored by 27 leading experts in ocean science, policy and law, including Wagner, found that other key strategies for protecting this unique region include restricting industrial fishing and closing these waters to seabed mining activities regulated by the International Seabed Authority.

“To date, commercial fishing in the area has been limited and seabed mining exploration has not yet occurred,” Wagner said. “There is a rare window of opportunity to protect this biodiversity hotspot before any major damage is done. We must seize it now.”

This research was conducted as part of the Coral Reefs on the High Seas Coalition, a global alliance of partners led by Conservation International that aims to generate the science, communication and support necessary to conserve coral reefs on the high seas. The study was led by a team of scientists from the National Geographic Society, Conservation International, Universidad Católica del Norte (Chile), University of Hawaiʿi and University of Texas Rio Grande Valley.