A tug of war in the night

Above: A leopard cub (Panthera pardus) with a fresh kill in Kruger National Park. (© Trond Larsen)

Editor’s note: For the next two weeks, Conservation International will publish stories from a new feature series, “South Africa side by side with nature.” In the series, we explore two South African landscapes where doing right by nature and doing right by people are the same. Here is a look at part two of that series.

Magic Mabunda was trekking home through the wildlife reserve that abuts his village when he suddenly felt a tug from behind. Having just hunted an antelope, Mabunda had the animal draped over his shoulders as he made his way through the dark bush. Turning around, he came face to face with a menacing figure: a leopard looking to steal his kill.

In Mabunda’s telling, he won the ensuing tug of war, sending the would-be thief back into the night. 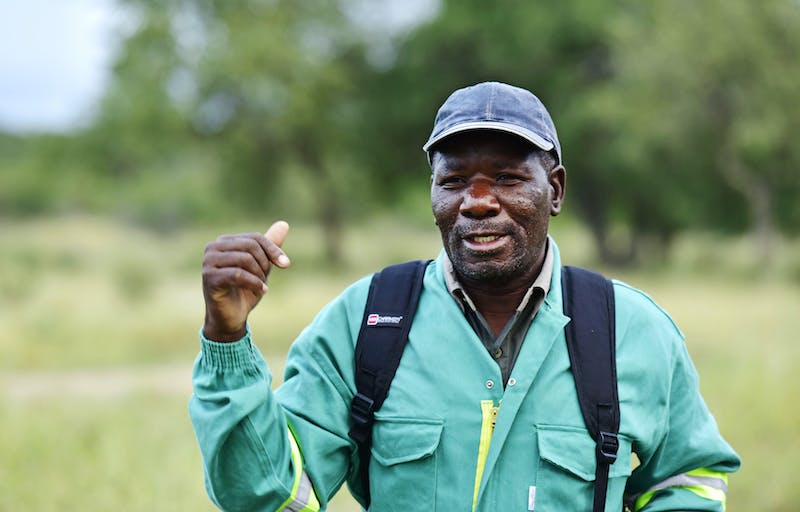 But over the years, Mabunda too has changed his ways. With training from a nonprofit partnership in his village, he developed business skills to complement the hustle and determination he honed during his bush-trekking days. Now the owner of a small business that restores land for South African National Parks, Mabunda has become a leader in his village, creating jobs that serve as a much needed alternative to poaching.

Looking toward the future, Mabunda’s optimism springs from the land around him. “There is gold here lying around,” he said, gesturing to the bush.